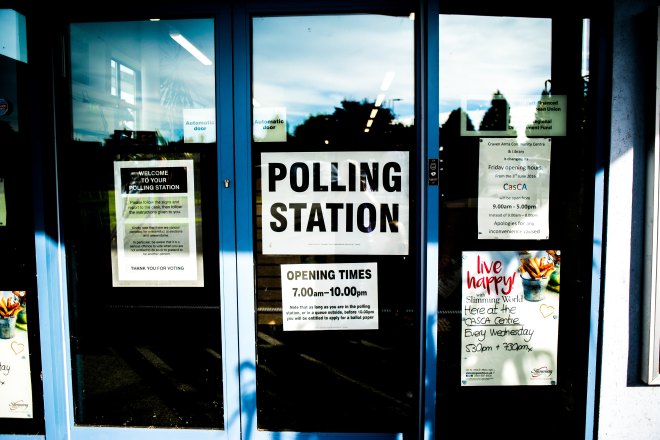 The MIT Election Data and Science Lab released the Elections Performance Index, which ranks all 50 states and Washington, D.C. on election efficiency as determined by each state’s policy and performance across 17 criteria. The index is based on the last five national elections, starting with the 2008 presidential elections.

The states are given an EPI rank based on factors like voter turnout rate, voter registration rate, voting wait time, ability to cast provisional and overseas ballots and several other key areas that the MIT researchers believe best reflect overall election quality.

The fall in turnout for those seven states could be contributed to voter dissatisfaction. As one of the 17 efficiency indicators, the MIT researchers also tracked the “residual vote rate.” This metric spiked in 2016.

The MIT Election Lab reported a 44% increase in the residual vote rate, possibly due to protest votes (when voters are so dissatisfied with the candidates that they leave the boxes blank but still turn in a ballot).

Overall, the report shows the efficiency of U.S. elections is increasing, especially in terms of voter wait time and voter participation. But the MIT’s efficiency rating is notably not determined by variables such as cybersecurity, an issue many voters are concerned about heading to the polls for the 2018 midterms.

Cyber attacks and meddling from other countries, especially Russia, are on the rise. Many states, with the help of the Department of Homeland Security, have been scrambling to secure their equipment before the midterms.

But advocates advise going back to the basics: use paper ballots. They are the cheapest and safest way to vote.

During the last presidential election, 56% of the U.S.’s voter-age population (VAP) casted a ballot. Depending on who you ask, that might sound like a good number. It was one of America’s highest turnouts during a presidential election. And according to a Pew Research Center survey, 70% of Americans think a high voter turnout is very important.

But when compared to other developed OECD democracies, the U.S. lags far behind. In terms of voter participation, Pew ranked America 26 out of 32 OECD countries with available voting data. Belgium topped the charts with 87.2% VAP participation rate—more than 30 points higher than the U.S. on a good year.